On the seaside we invite you

A city full of history
Strategically located in the new town of Nessebar, Mistral offers the best of both worlds. At the same time it is in a communicative location close to everything you need - shops, pharmacies, banks, transport, but also on a quiet alley offering stunning sea views. A few minutes walk to the north separates you from the largest Bulgarian Black Sea resort Sunny Beach. A short walk to the south, at the end of a picturesque isthmus, perched on an impressive rocky peninsula, awaits the only Bulgarian city, awarded by UNESCO as a world cultural heritage - the old part of Nessebar. If you walk along its cobbled streets, along the picturesque fortress walls, houses, medieval churches, windmills, it is as if you are transported to another time. Artists offer paintings, colorful shops invite you to choose a souvenir, and the sea that surrounds this wonderful city peeks everywhere. In the golden middle between it and Sunny Beach, the comfortable  Mistral harbor awaits you - with aromatic coffee, refreshing drinks and impeccable hospitality - for your perfect summer vacation.

Several minutes walk away there are numerousEntertainments and sights Aqua parks and entertainment
A variety of attractions are waiting for lovers of fun. Water parks, tennis and tennis schools, karting piste, amusement park, bowling, jets, parachuting and many others are at their disposal. Yacht Harbor
It has the charm and class of its colleagues from the Cote d'Azur.It invites you to take a trip on land or water and explore the surroundings comfortably seated on the deck of a yacht or a boat. 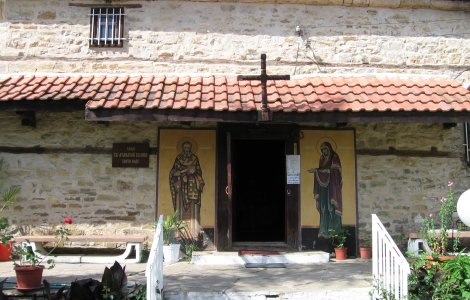 Churches and Ethnography
Saint Vlas is home to the ancient church of St. Athanasius dated from 1864. About15 km. away there is a village of Medovo with a beautiful chateau in old Bulgarian style. There is also an ethnographic complex in the village of Bata (30 km.) And in the village of Erkech (35 km.) Irakli
The place where the Vaya River flows into the sea is a real paradise, where nature is preserved in a clear and wild state. It is not by chance that it is one of the most beautiful beaches in Bulgaria and it's only 20 km. away in a northern direction.

Pomorie
Ancient Anhialo is home to one of the wonders in favor of health - estuarine mud and lye. The city also attracts by its picturesque atmosphere and amusing places such as the Museum of Salt and Yavorov's Rocks. Boat trip
Numerous boats invite you to sail among the expanse of water. An excellent opportunity to start a picturesque sea voyage. Част от световното богатство
The only Bulgarian city is a part of the UNESCO world cultural heritage.

Fortress walls and towers
The old town is surrounded by stone walls that surrounded it since the time of the Thracians. Parts of the facilities have been preserved to this day. 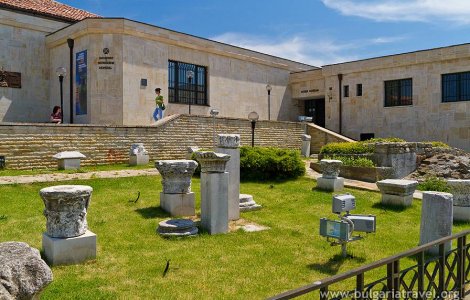 Archaeological Museum
Located at the beginning of the old town, it shows Nessebar over the centuries by showing numerous valuable exhibits. Ethnographic Museum
Its home is the Moscoyani House, built in 1840 by a wealthy Greek merchant. It invites you to see the way of life of the old inhabitants of the city. The Old Metropolis of St. Sophia
It welcomed the believers from its construction in the 5th century, today its impressive walls remains. They draw the frame of the temple and gather artists, photographers, guests of the city. Ancient churches - museums
Once upon a time, the churches on the small peninsula were over 40. Nowadays, preserved and open to the public as museum sites with delicate frescoes, there are five of them. Windmills
Today, three of the windmills of Nessebar, built in the 19th century, are preserved. One is at the beginning of the new town, the other on the isthmus, and the third on the northern shore of the old town. 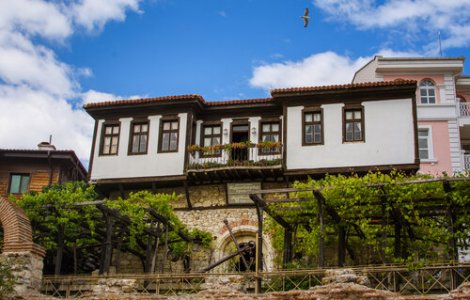 Revival houses
The Black Sea houses in old Nessebar are a living embodiment of history. On two floors, made of stone and wood, to this day over a hundred of them are still inhabited cozy homes.

Church of the Assumption
The only church in operation today in old Nessebar was opened in 1873. Its frescoes and wood carvings are impressive works of art worth seeing. The statue of the Fisherman
It rises on the isthmus and welcomes the guests of old Nessebar. It is the work of the sculptor Stavri Kalinov and pays tribute to the ancient craft here: fishing. Ancient amphitheater
Located at the beginning of the old town right next to the port, it is still a scene of numerous cultural and social events. The sand dunes
Declared a natural landmark in 1976, they are a interesting phenomenon that attracts guests from near and far.

How do you get to? 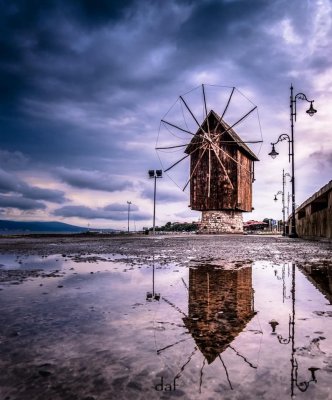 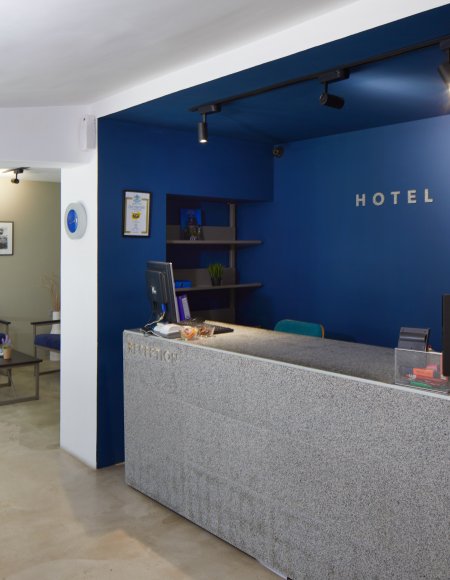